*walks on stage awkwardly up to a microphone*

Well folks, it's been a bit over a week and we're sorry for the delay. We've been excited as hell to announce the winners and we're sorry we couldnt do it earlier. I have a bunch of excuses but let's just move on to what you guys came here for.

The contest was a blow-out though with 71 entries. The entries varied from an awesome old-school 8-bit style Ghost Rider .gif image to Daft-Punk'ed FF4 battling Galactus. We got some excellent photography and we got some straight up rendered-to-hell pin-ups. We definitely werent short on Ghost Riders or Deadpools though... Kinda sad we didnt get a Modok but whatever. But all of the Venoms were definitely printed and hung up on my wall at work regardless, props to those who were trying to win my heart over, but I told you I accepted cash...

Anyways, we had a pretty awesome turn-out and it was hard as hell to decide with just 1 vote each, so I gave every SatelliteSoda member 3 votes to throw away to make their lives a little bit easier. It was spread across the board though, everyone in the group had different reasons they loved different pieces. Some voted on the execution, some voted on the idea, some voted because they were bribed... whatever the reason, some winners emerged and they deserve some cool shit we promised earlier, so without further ADO!..

*clears throat and takes a sip from a screw-driver*

Awesome entry man, I think it goes without saying how well this piece was executed. Great composition, great pose, great design, great everything man. But it was close as HELL there for a little while, but you pulled through at the last second. Seriously, it was CLOSE, you're a lucky bastard, you almost lost to:

Prime example of someone utilizing the forums. Boog came in with an idea and refined the hell out of it while receiving feedback from a ton of the forum members and SatelliteSoda team until he got what he wanted. Great idea man, way to play up your strengths. I know a ton of people were stoked to see you bring in a mech somehow into this thing, and what better way then to make Hulk-Buster Iron Man go head to head with the Hulk? Awesome piece man, easily my favorite thing you've done to date.

So yeah, we said we'd have 2 runner-ups, but we had a 3-way freaking tie for the second runner up and they are...

Great job all around guys.

Mara, I flipped when you sketched up the initial thumbnail for this thing, a lot of us did actually, and you really brought your style to the table really well with this thing. Very AWESOME idea and what a great execution with implementing it with the old-school Tron style.

David, I think what got most people with your piece was the initial "WOW" factor. Magneto is obviously a favorite villain and you really brought great raw energy to him and made his powers work within the Tron world, awesome job man!

Houvv, GREAT composition. It was nice to see something a bit more artsy-fartsy (in a good way) instead of catering to the standard comic-book pin-up approach. Awesome entry!


Ok, so there are the winners for yah. Congrats to them and to everyone else who participated in the contest. TONS of people received votes, tons of awesome entries, it was just a fucking awesome contest to run and be a part of. I cant thank you guys enough for making it as epic as you have.


And with that, there were a couple of different prize packages we had in mind for the winners:

For the GRAND PRIZE WINNAH - JIMJIM! 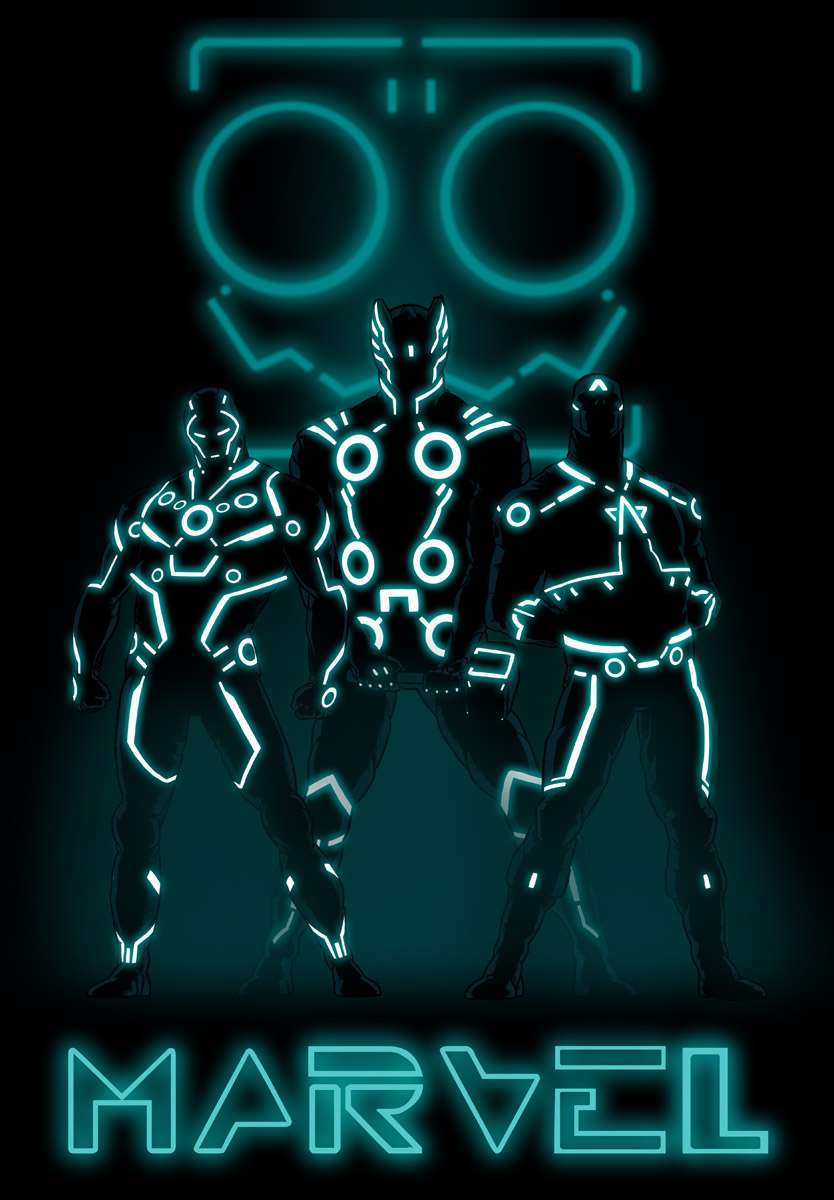 
SECRET INVADERS!!!
Kris Anka and Fabian Schlaga
(with your choice of black or white variant)

A Copy of SatelliteSoda ArtBook 3 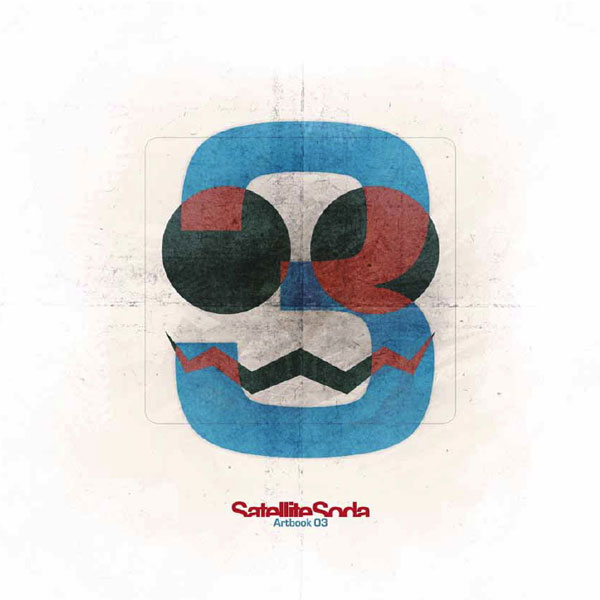 
A Copy of the SatelliteSoda Anthology 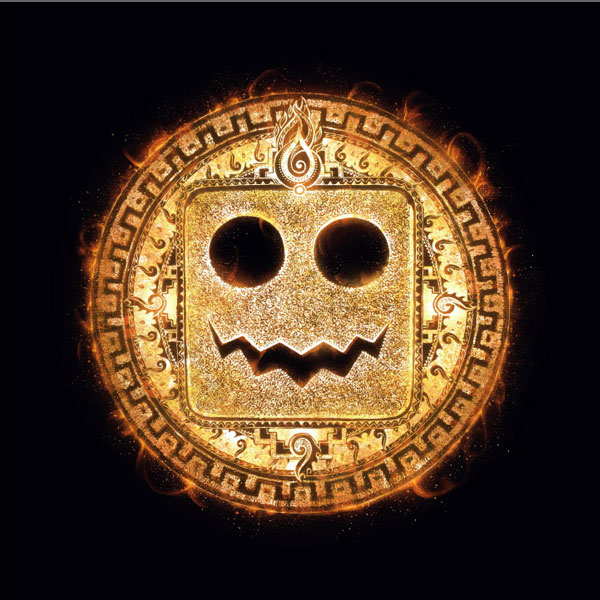 
Initially that was it, but we also decided to throw in a couple of extra bonus prizes for yah, and they are: 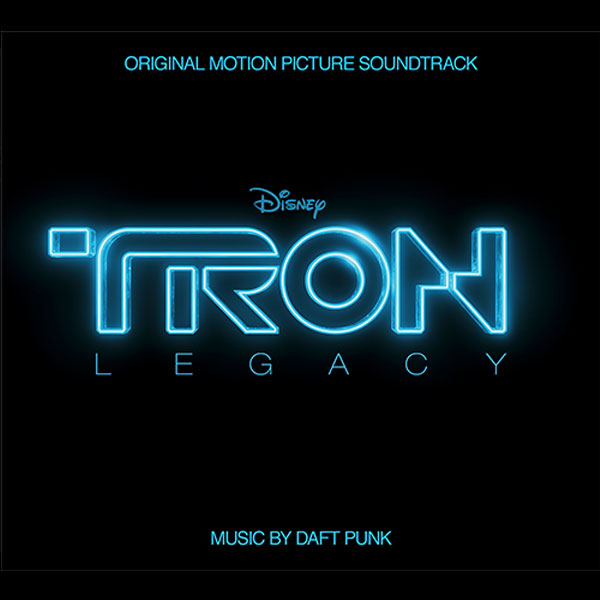 The Art of Tron: Legacy 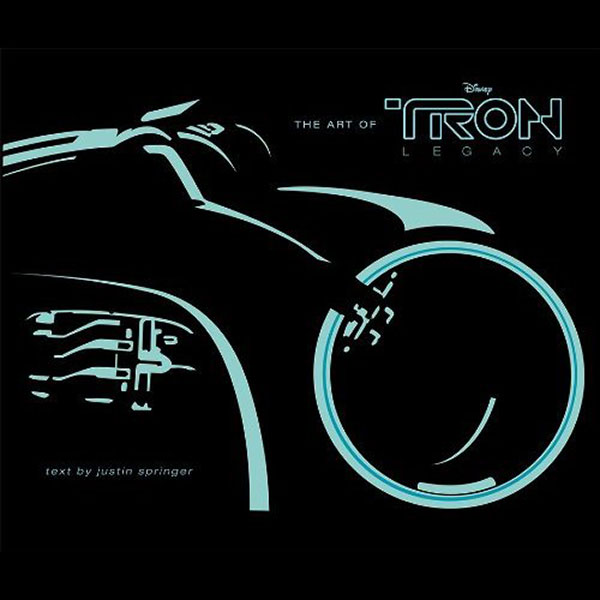 So yeah JimJim, you better dig it! Shoot me a PM with your shipping info and which piece you'd like as a poster-sized print of and we can move from there.

But alas, you're not the only lucky bastard to get some cool shit. We also said we'd bless 2 runner-ups with some stuff, but since there was a clear second place and a 3-way tie for the next runner up, we decided to give everyone a bit of something.

AND AS A BONUS!

As for Mara, David, and Houvv here're your winnings!


ALL of you, shoot me your mailing information and any additional information I need. HUGE congrats again tot eh winners and againa HUGE thanks to all thsoe who participated! We're already planning the next contest, more prizes, more cool shit, please stay tuned for more!

Until next time, stay classy SatelliteSoda!

Every once in a blue moon, Marvel comes up with something so awesome, so majestic, so unbelievable that we gota roll up in our SatelliteSoda mini-van and crash their party with our OWN party...

Welp, hell has indeed frozen over, and one of those blue moons has occurred and we're throwing an effing party!

I think it goes without saying just how cool Marvel AND Tron are. The nerds of the world can safely be assumed to be sporting a collective boner with the upcoming promise of a new Tron movie and game (and 2 more Tron movies being scripted as we speak) and it looks as though the residual blue balls left over from the first badass flick are finally gonna be able to breathe a sigh of relief.

Marvel has been kicking ass lately as well. So really who WOULDN'T be excited about the merger of these two titans? I bet this is what Reese felt like when he accidentally got chocolate in his peanut butter. That's one mistake I'm sure he didn't soon regret.

The idea is simple - Marvel & Tron ANYTHING... Take your favorite Marvel character (or characters, or group, or whatever) and bring them into the Tron universe by giving them a sick Tron outfit, have them fighting other Tron univers characters, remake movie posters, whatever. So long as it has something Marvel AND something Tron you're cool. Old-School Tron, New-School Tron, In-Between-School Tron, Comic-Tron, whatever...

RULES
Any style, any medium, it's all up to you. Seriously, we encourage diversity. Draw, animate, sculpt, bake a freaking cookie, doesnt matter. We just need visual evidence of SOMETHING. Just make sure that there's something Marvel and something Tron involved. Make sure to post your final in this thread before the deadline (read below) or your entry will not be up for judging (though we still want to see your stuff, even if it's not for the contest, so even if you're late please post away!)

DEADLINE
All entries MUST be posted in this thread by Monday December 13th, @ 11:59pm PST. No late entries will be accepted, period. Seriously you guys, don't be late, this ain't the same loose (not to be confused with whorish) and lazy ship from a few years ago.

PRIZES!
There will be a first, GRAND, prize(s) winner and two runner ups as decided by a vote by a pre-selected group of judges - Team SatelliteSoda! And will be announced the following Monday, December 20th.

The Winners will receive the following lovely prizes:


Now get to it ladies! And don't forget to start your own thread in the "Art Unfinished" section to show your WIP's so everyone can give you some feedback. Last contest we had a handful do this and it really made the difference in the end. Hell, one ended up being ZEE WINNAH! So don't be caught with your pants down with no feedback from the people who will be judging you as well as your peers!!! POST EM UP!

SHAN of the DEAD

Awww sonuvabitch Igo!
No such thing as too many robots...

What the hell is Tron?

WE IN THERE LIKE SWIMWEAR, MANG
Eternal pizza pringles.
CANVAS KIDS
Top

- Assuming that all things are equal who'd want to be man of the people, when there's people like you. -
Top

DEFINITELY down for this!
DailyDraw2013!!
Top

Oh man...this sounds exciting!
I think I may have to get down on it, dum dum dumm get down on it , brrlllbrrrllll....
Ok...sound effects failed, but you get the idea!
Top

I hope you jest!

Do I have the professional fortitude to RESIST such a challenge/topic/jam?

BRING IT ON FOR THE ART GOD!
No such thing as too many robots...

Oh yes, such a cool topic. Gonna have some fun with this one, no doubt.
"Hero has earned: Sword made of Grandmothers!"
ARTBLOG & DA
Top

Couldn't pass this up. AWESOME site, will have to troll around. here's my half a cent.

Im expecting a serious amount of awesome from every one of you slackers!

"To give anything less than your best is to sacrifice the gift."
Steve Prefontaine
(ಠ㉦ಠ)
Top

Igo wrote:Im expecting a serious amount of awesome from every one of you slackers!

Hartter, fun piece man! Id love to see some of the classic Tron outfit details make it on there somehow.

Thanks I will tinker with it!
Top

Finally got the balls to register SS, just for this contest. Totally calling dibs on GhostRider.
xX_DDF 2013_SkullKilla420_Xx
Top

time to get cracking on the final piece. Also, the SoundTrack for this movie is great. great I tells ya.
xX_DDF 2013_SkullKilla420_Xx
Top

Igo wrote:Holy crap awesome piece ecto! What program did you do that in?

I did it in Strata3d, with a little photoshop trickery after the render was done. Glows and such.
Top

yeah man, that wolverine is hardcore
steak and sourdough
Top

time to get cracking on the final piece. Also, the SoundTrack for this movie is great. great I tells ya.


HOLY fuck thats awesome man. you should post that in the unfinished section if you are looking for some feedback
steak and sourdough
Top

Kanta, that Ghost Rider is looking SICK! Go start a thread in the unfinished section man if you're looking for any feedback, cant wait to see what you do with that man!
EH ESS DEE EFF
DDF 2013 Thread
DDF 2012 Thread
DDF 2011 Thread
Top

I hope you appreciate it

(I don't know why the image do not show on the tread, but the link work)
Top

fixed it for you man
very awesome.

Put the ghostRider stuff up on the unfinished section, thanks guys :) workworkwork
xX_DDF 2013_SkullKilla420_Xx
Top

Hey all!
I've perused through these boards from time to time, but this here contest caught my eye and got me thinking. Just for fun I started doing a few sketches and spitballing some ideas with a friend of mine... and before we knew it, we actually had a vague storyline, believe it or not, that fit the visual ideas we were tossing around. So, I figured why not join up. Hanging out around this place will motivate me to keep my pencil moving. I just settled into a new job and a new home, and i got the time finally to get back into my art. It was a busy year and drawing took a back seat for awhile.

But yeah, I've got what I think are some pretty rad ideas, so once I get some good character studies done, I'll try to toss em up here.

sadly im off to a bad start, i hope to redeem myself soon.

Users browsing this forum: No registered users and 1 guest